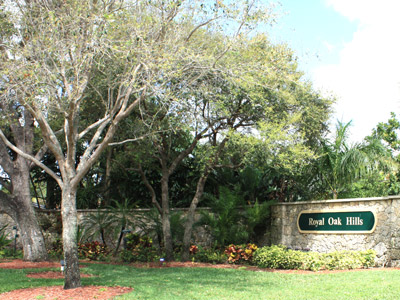 Royal Oak Hills is one of Boca’s most overlooked communities. With more than 400 homes, it’s one of the largest in East Boca. Originally developed for retirees and snow-birds, Royal Oak Hills’ prime location and sought after schools have led to overwhelming interest.  Located between Palmetto and Camino, the neighborhood stretches from the El Rio to 8th Court; residents of Royal Oak Hills attend Addison Mizner Elementary, Boca Middle, and Boca High. The community is just moments to the beach, downtown Boca, Mizner, to the East or Town Center and several parks to the West. In line with it’s prime real estate, most lots are under a quarter acre, and a few highly sought after lots lie along the El Rio canal with ocean access.

Homes in Royal Oak Hills range from 1,100 to 3,000 square feet, with most being three bedrooms, two baths in the 1,700 square feet range. Many homes have one car garages,  and most have pools. There’s also a wide variety in terms of finishes, though you’ll find some originals with pink or lime bathrooms, many have been updated to modern marble, quartz tops, and new kitchens.

And, if you haven't already, be sure to register for a free account so that you can receive email alerts whenever new Royal Oak Hill listings come on the market.

Have a Question or Want a Free Market Report?

Contact Us
Questions? We're Here to Help
Recently From Our Blog
2020 Property Valuations are Live!
Should Your Home Be Staged?

Have a Question or Want a Free Market Report?